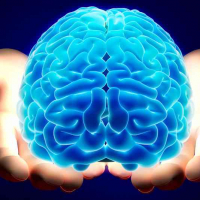 TD23088 Posts: 24 ✭✭
September 2020 in Car Corrections
The RQ90 1984 Peugot Quasar need to be adjusted.  The car's 4wd system and engine are based the Peugeot 205 T16.  The Quasar is given another turbo charger to bring the hp to 600 but the RQ 89 1985 205 T16 is only 0.1 second slower.  The Quasar lends it concepts to the 1987 Peugeot Pikes Peak so I would expect the 0-60 to be better since it's on performance tires.  The Quasar's suspension is based on that era's F1 cars but it is only 3 handling units above the 205 T16.  I would expect it to be much better because of the F1 suspension and performance tires.  Also, this concept was to be a "what if" type of group b rally and that "what if" is:  what if there were no restrictions or limitations and the envelope could be pushed.  I would expect the top speed to only be limited by its weight, power, and aero it is certainly not governed or limited by gear ratios.

I assume road and track is still a good source