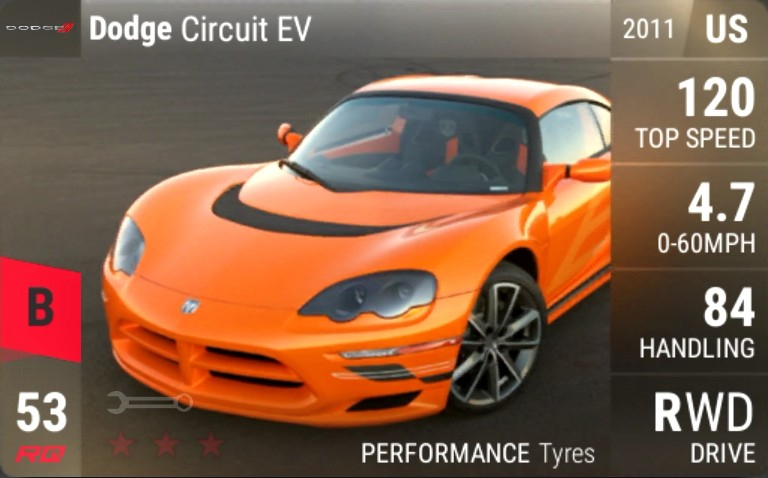 Just as we spied last month, Dodge has put a brave new face on its Lotus-based all-electric vehicle, just in time for the Detroit show. The vehicle formerly known simply as Dodge EV has been given the Circuit model designation. The mechanicals carry over, including a 268-hp electric motor capable of propelling the EV to 60 mph in under five seconds and through the quarter-mile in less than 13. Top speed is claimed to be 125 mph. Range is still quoted at 150–200 miles, courtesy of the onboard lithium-ion batteries.