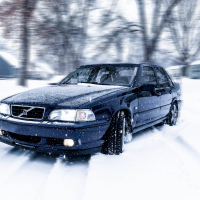 _HighVoltage_ Posts: 275 ✭✭✭✭
March 5 in General Discussion
I want this to go on the record so no one from Hutch can pretend to act surprised later.
Arc 6, concluding March 2021: RQ83 S 2016 KTM X-Bow GT4 - this has been long confirmed and planned.
Yesterday, March 4th was supposed to be the start of a Repeat Tri-series, but somehow Hutch decided to give us another new series. This is fine, but it has the potential to mess up the entire schedule.
Now Hutch will have to run another new prize car Tri-series starting Thursday March 18 and ending Sunday March 28. If they run a repeat then the Owner's challenge will interfere with the Arc 7 conclusion in the weekend of March 28.
I'm putting this here so that no one from Hutch later says "unforeseen schedule conflict, so we are pushing back the Arc 6 conclussion." Oh it was foreseen alright. The only way to avoid this conflict now is to run a new prize car tri-series on March 18.
7 · Share on Facebook