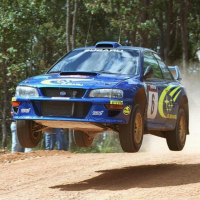 mikes Posts: 4,368 ✭✭✭✭✭
November 2018 in General Discussion
Has anyone else noticed that over the past two weeks the matchmaking has made the brackets/pools/lobbies incredibly difficult?They seem to fill very slowly and only feature the top players in the game (instead of spreading them out better). Is this due to the discussion about those above and below 6000 trophies competing against each other? Have other stipulations been put in?
As a long time player, this current situation is very demotivating and frustrating.
30 · Share on Facebook
«123»