Hutch_Tim Posts: 678 admin
March 2019 edited January 5 in News & Announcements
With the upcoming release of PL8, the following cars will change in rarity: 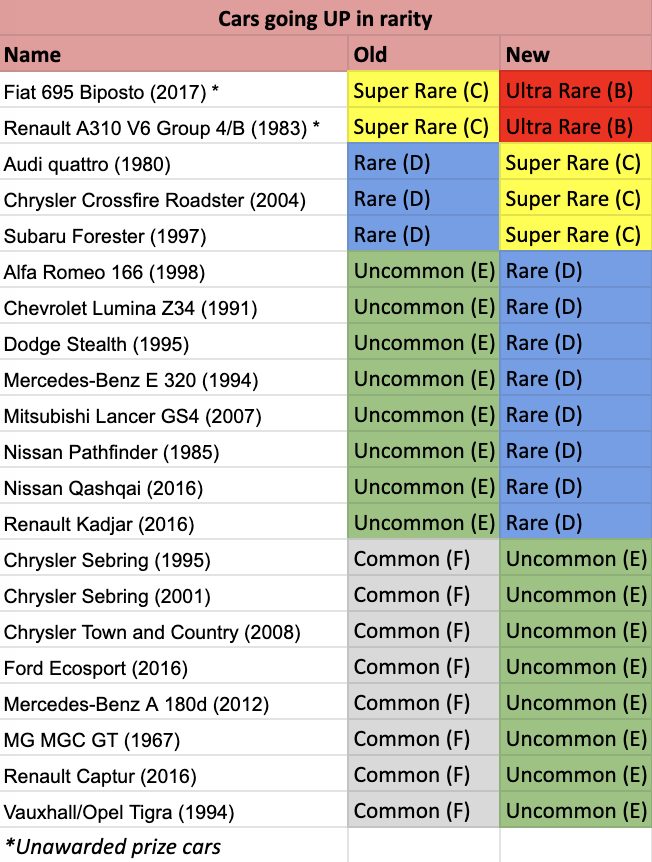 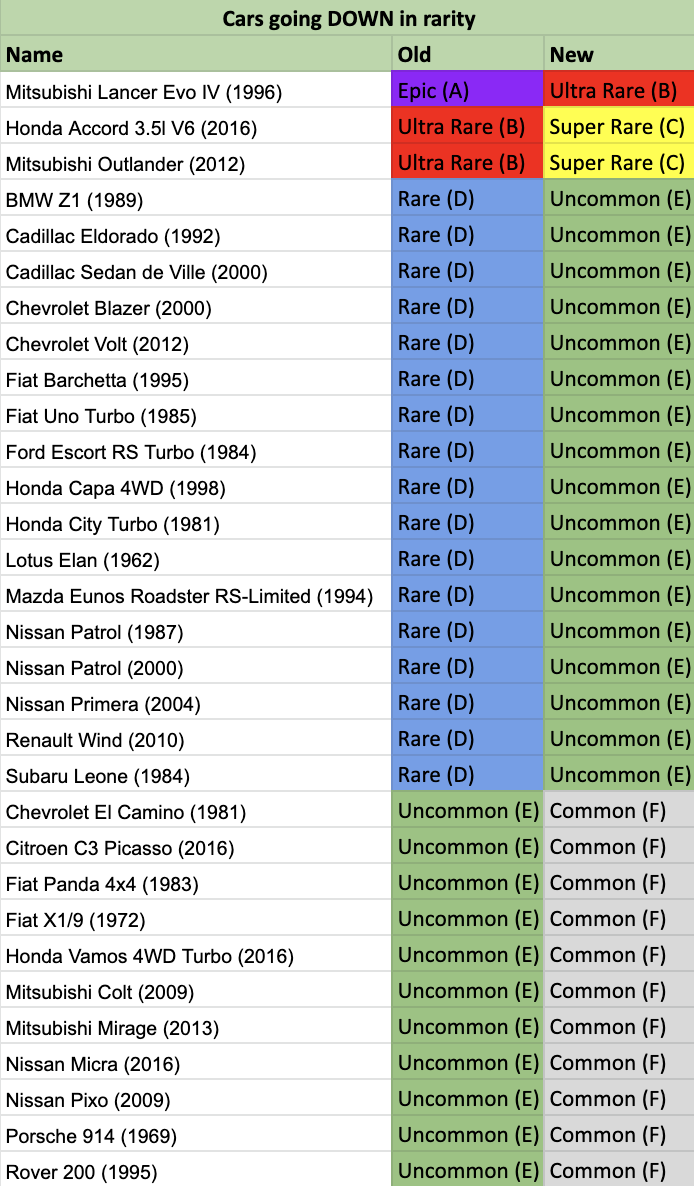 The latest version of the RQ balancing encompasses the following changes:
- Includes all the cars that have been confirmed since the last RQ rebalance (which includes many cars for future updates)
- The corrections listed above
- The fix to heavier cars being faster up hills
- The traction changes for 4WD vehicles (where 4WD Perf tires are now much weaker on off-road, and a bit weaker in rain, relative to other 4WD cars)

Do note that some 4WD perf vehicles are differently affected by this combination of changes:
- Some (not many) rank higher in dry than in wet, so their dry performance is more heavily weighted, and their RQ is less impacted by the traction change
- With this latest RQ run, quite a few more Slick tire cars are added to the list, which improves the ranking of 4WD perf cars in the wet (as there are more cars that they beat). This somewhat offsets their slightly reduced effectiveness in wet with the traction change.
- The distribution of newer cars also affects how much a given car's rank may change.
Post edited by Hutch_Gsearch on January 5
3 · Share on Facebook
«1234»