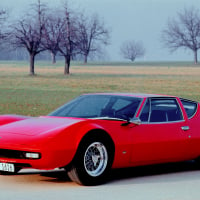 Basil Posts: 372 ✭✭✭
January 2020 in General Discussion
An idea I'm thinking of a long time,>>so shoot your comments or cheer :-).

Therefor I would like to launch a new idea to change the upgrade system.

What about this, I would give some examples to explain what i mean:

- Upgrading will no longer be : use cars of the same rarity or 1 less. It will be on the RQ itself.

Example 1: You have a Bugatti Chiron pulled from a ceramic :-) and you want to upgrade it. There are three catagories to upgrade:
1) Speed
2) Tyres
3) Handling/corners

For each category you can put a card on the stack. There is only 1 restriction. The total of the 3 cards can not be bigger than (let's say) 50 RQ. So you need to think for which use you want to upgrade it.
When you want all on speed on dry wether you can put a S30 card on speed and use a B20 slick card on tyres and no card on Handling.
You are able to upgrade a card at any time as long as you don't go higher than RQ50. So you could begin with upgrade the speed with a D14 and use a F3 slick card and no hanfdling.
Let's say you have this S30-B20-0 and you notice that you should have put some on handling you are able to change that. You can put a D12 card on the stack of the Tyres (you will loose the B20 card, but are able to change your upgrade) and put a E8 card on the stack of handling.
(I hope it is clear what I mean :-) ).
In races ONLY the Speed and Handling will have influence on your result. When you have the same upgrade, the Tyres card is the judge. The type of weather vs the tyres you have will determin who wins. When it is still the same the RQ of the tyre card will be the judge. When they are still the same,... the brand will deside. When the Tyre car is of the same brand as the race card , this will win against a Tyre card that is not. When they are still the same,...then you have an ex aequo.

Advantage for Hutch:
- Players will need to use better cards to upgrade lower cars ( 'worst' case S30 for the upgrade of a F3 car :-)).
- Players can keep on upgrading-changing upgrade which means .

I believe that both will win and it will TD will gain on tactical level.

2) Would this new system not benifit the Whales ? I'm not sure. I'm a guy who believes that when Whales will use S30 cards to upgrade all their cars , they need to use A LOT of money (even more than now I would guess). So, they can have their wins for my part. I think that it would become more tactical so f2p players can put their precious big food cards on specific cards.

Now shoot or improve my idea :-)