RQ27 Legendaries and their value to the game 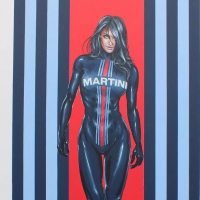 hillclimber Posts: 2,256 ✭✭✭✭✭
February 2019 in General Discussion
Many of these cars are just more or less useless to the game because they are simply too expensive to upgrade. So I would like to discuss here options to give more use to them.

what I was thinking of, is what would happen if Hutch would allow us to use URs as food for the first three tuning stages? that means to take one of those lower end Legendaries to 666 you would "only" need nine URs and then six Epics to max them. This half step could lead to a much more open  and interesting competition. Yes I would say it's a win-win-situation for players and Hutch. It would allow us to max cars that once were epics or are on the edge to be one, such as those cars...