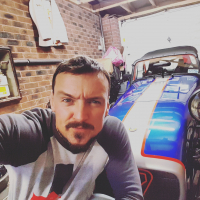 bobdylan Posts: 3,546 ✭✭✭✭✭
February 2020 in General Discussion
Lonely thing , probaly wasnt the best choice to max but it was a while ago and I didn't have many at the time so thought it was special

But hey my bad.

Funny thing is tho I have been playing I think for around 2 years maybe 3
And I have spent at a guess 4 grand in cold hard cash and it's just dawned upon me ... lol silly me ... I been playing the game all wrong! Doh
Because every one I meet has two or more maxed legendary cars in the hand !!!! Let alone the whole garage .