Is there a way back? 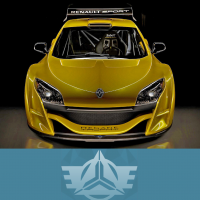 Ozzman Posts: 1,824 ✭✭✭✭✭
April 2020 edited April 2020 in General Discussion
I've never felt this demotivated to play or even just open the app during the more than two years I've been playing this game. I'm not expecting this thread to change anything, I just want to get it off my chest. Feel free to do the same, if you have similar feelings.
There are many reasons for this lack of will to play, but I think these are the main ones:
1. The disappointment of the Titanium Titans
While the whole format was very much welcome (the return of the successful IRGP series), and the prizes were really generous, the disappointment of opening an actual titanium pack left a bad taste in my (and many others') mouth. After the anticipation and effort of weeks, many events, and the fight in the final, getting two epics I already had was a slap in the face. Especially because I've spent way more resources to get them. Seeing others pull legends and getting multiple packs accidentally for a similar effort, or getting a T1 finish by late joining was just the icing on the cake. And the way this situation was (not) handled (the accidental multiple packs) was really sad, and disappointing.

2. The lack (decline) of competitiveness in general
I'm an F2P. I fully understand and accept, that as such I can't expect quick progress in a game funded by in-app purchases. But my progress is not slow, it's basically non-existent, or tbh, backwards might be a better word to describe it. It also has more reasons:
a) Most events nowadays have an RQ limit of over 100, and events seem to be more and more restrictive (5+ seat Cadillacs on dry asphalt, 90s German in the rain, yeah). That means specific maxed/upgraded epics or legends are almost always needed to reach the higher tiers. In regular events these epics or legends are often prize cars now, because...
b) The inflation of prize cars given out means that more and more events require them to be competitive. Of course winning prize cars also requires maxed epics and legends, so F2Ps are usually doomed, because...
c) Upgrading epics and legends are just way too hard. Let's say someone who plays regularly can open 100 ceramic packs per month. I think that's a decent and achieveable amount for an F2P. So with the drop rates you could expect 15 UR cars, meaning if you use all of them as food, you can max 1 single epic each month. Make that 2 epics if you're really really dedicated and lucky. Still doesn't make a difference. Don't even get me started on maxing legends.
d) But with the amount of new cars added with each major update (most of them either useless, or completely the same as others), and the update related tags, this is a never ending cycle even for those who spend more than I could ever justify spending on a game. For an F2P, keeping up is simply impossible. T1 in a regular ceramic event? Getting a CF in the prelims or qualies? Getting a prize car? Forget it. Maybe once or twice a year, if you're lucky.
e) And even if you do spend every now and then (a reasonable amount), that won't get you anywhere. If you want to be competitive, you have to spend a lot, and you have to keep spending, forever. Because there are endless special packs for sale, where you have a better chance to find the cars you need for ongoing events. So with a little luck and a lot of money, anyone can find a way into the top tiers, and most of the times there will be just enough players with both of those, to push you out of those tiers.
So what's left for an F2P? Late joining? Not really working since we have overfilling brackets (another "solution" that was really just a middle finger for the players). Smarfing? Not too effective since the prize boards were nerfed. Clubs? No thanks, I already have a job. I'm not against F2Ps having a hard time to compete, but it's getting harder and harder with every update and major event, until they just give up.

3. The lack of communication from Hutch
It's easy to say this is all our fault, and it's a consequence of our constant ranting. But actually, the ranting only started after several hutch-ups, usually leaving us without any apology or compensation. This forum was full of great people, great ideas, offering Hutch a chance to make their game even better. Sadly they did not take this chance. How many of the QoL improvements suggested here do we have in the game? I could probably count those using only one hand. It's really sad to see this forum's decline, tumbleweed rolling in every thread.

So why am I still here? Because I still think TopDrives is a fantastic game. The excitement of opening packs, the community, the strategy, the teamwork. But the time will come when the bad things will overshadow all that's good, and honestly I've never felt that time this close.
TL;DR
I'm disappointed in TopDrives now, and don't know if there's a way back. Anyone else feel the same?
23 · Share on Facebook