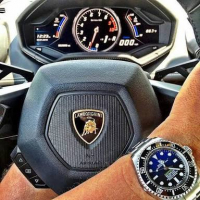 LEGENDNADA Posts: 1,120 ✭✭✭✭✭
August 2020 in General Discussion
Hello everyone, I know many old players are pissed from this issue and we should have an open discussion with Hutch because it is getting out of limits.

First of all like others I opened the Elite pack + 13 ER Carbon fiber packs and did not get any decent pulls only weak 3 epics and many old players with high trophies getting all ultras and duplicated cards while in the other side all and I mean it all low trophies players getting great pulls with one or two packs (Legendaries and epics) as shown in images below also I got many screenshots for low trophy players from another bracket getting 2 to 3 legendaries. Is it possible? Is it even competitive for us (old players) to compete with these hands ? I started recording my carbon fiber pulls since the GE update and I did not get any Legendaries from 150 pack !! And no my luck weren’t good before. So please I am now out of my mind and need a clear clarification from you guys, if you guys boosting their drop rates it will take the game down, you can whether boost both or leave both when a new cars updates comes out.

Please I need a clear clarification for:
-My drop rates after 150 packs with no legends
-new players with 100 trophy and a legend!