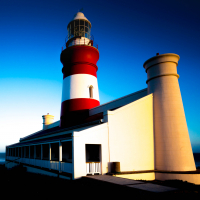 bluedogsnoop Posts: 972 ✭✭✭✭✭
June 7 edited June 7 in General Discussion
Initially I was sceptical about the change in format (not sure if it will be the norm or ever used again) as it appeared at first glance to remove all the key requirements of actually needing to be competitive against other players. (Is that not sort of the main reason for the game?) Top 200 for each key is reachable for most RQ500 accounts under normal circumstances. (my second account got two of them with ease) and is not that much of a challenge in its own right.

I liked the challenges, but perhaps I would say that, as I had the cars for it. I appreciate that setting a progressively harder structure is difficult but would say that I think Robin did a good job with that, despite what people think about Round 22. Those complaining about specific cars being needed seem to forget that to be Top 10 in a tri-series final, you pretty much need specific cars, or a lot of help from some good friends.
Removing the collusion element was a benefit of this format. Those with the garages that deserved the cars should in theory get them without having to worry about the lottery of the bracket you land in.

Would I like to see this continue? Yes but in moderation. I would still prefer it not to be the norm.

Pros
Prize car is awarded on merit and not by nefarious means.
The variety of cars and packs offered was quite generous.

Cons
Racing element was heavily reduced.
Late entries could get into top 200 with a 1-0 record quite easily (my second account did).