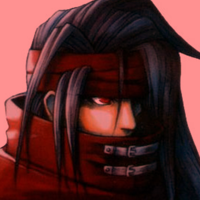 Yama_san Posts: 437 ✭✭✭
July 23 in General Discussion
No communication about it on this forum. Sad...
Maybe because it is quite cheap?

5/5 for the initiative. Always nice to see this kind of "special week" with good perks, nice offers or cool events.

I know the challenge is super easy (probably too easy and mostly aimed for beginners), but seriously, just a Ceramic and poor B/C cars to grab for a TENTH year anniversary?
Not even one CF for a such milestone, or an Epic, or at least B/C prize cars (I think there are far than enough to be awarded in the game).

Even the CF offer (+10 slots and 10000$) doesn't seem very generous to me.
And not even any free pack (like a ceramic). Maybe later?
The multi-player event could look decent, still with only 15/500 who will get a really nice prize, so just one more event for whales or guys teaming up.

Honestly I didn't know it was Hutch 10th anniversary so it was still a nice surprise when stuff popped up, but if I would have knew it was such a milestone and Hutch would offer a special week-end to its players, I would have expected far more or let's say better rewards than that!
Free stuff once in a while doesn't cost anything to the company (but surely please long term-players especially), so why being too greedy with the rewards/offers, leaving a bad impression in the end?
6 · Share on Facebook