Hutch_Demorphic Posts: 1,085 ✭✭✭✭✭
February 2017 edited February 2017 in News & Announcements
The Volcano update is coming, featuring new levels and a new truck.
Over the next few days the update will be rolled out across Android and iOS.

We want to take this opportunity to say thanks.
With over 16 million downloads and 630 million miles of track travelled, you, our players have given the game a huge thumbs up. We are thrilled to continue supporting the game with new content in the volcano update!

New levels and a new truck, jump in and take it for a drive.
In addition to updating the game, we also upgraded the name. Our levels are designed to be action-packed and rapid. There are as many downhills as uphills, and speed plays a much bigger role than endurance. So with this in mind, we hired a brand consultancy, spent the weekend in a remote yurt and came up with the name... 'MMX Consignia Starburst'. However, after sobering up and firing the consultants, we decided to go with the name 'MMX Hill Dash' instead!
We think the new name really fits with what the game is all about: Fast, crazy and addictive FUN.
So grab your keys, buckle up and start owning the MMX Hill Dash leaderboard.

Floor is LAVA!
- Have a blast playing four brand new volcano levels.
- Explore alternate routes to unlock the best times!
- And what better truck to take on this challenge than "THE BEAST"?! A Weapon of Ash Destruction!
- New name, we're all about the Dash now. 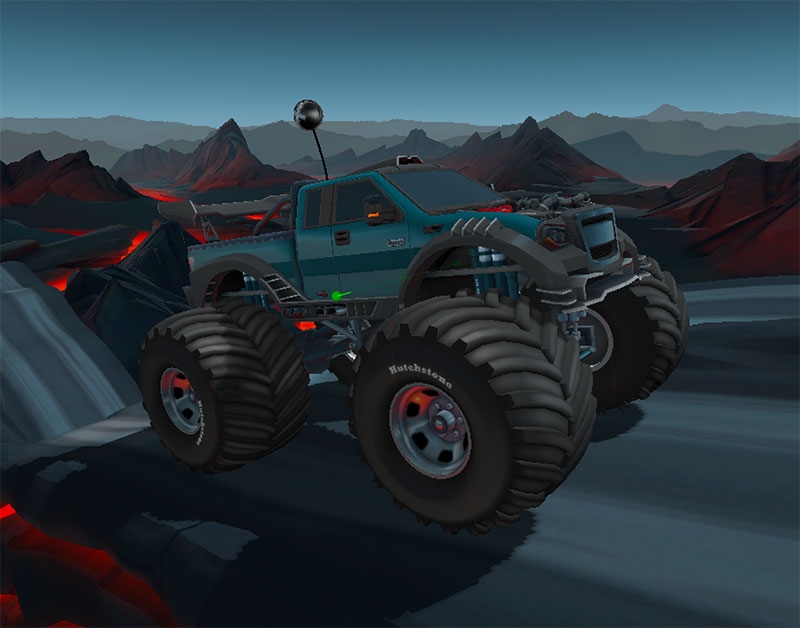