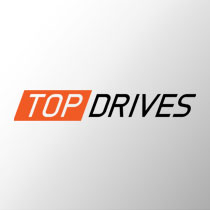 RobGripes Posts: 2,565 ✭✭✭✭✭
June 2018 edited June 2018 in General Discussion
So there has been debate for and against late entry into events.

I believe there may be a solution here, and would like to open it up for discussion.

I believe that the best way to run events is to have a single server bracket for each region. The key difference however, is that the bracket expands as new players enter.

The event could have a pre-determined percentage of players for each tier of prizes.

Combine this with a necessary revision of the point scoring system to widen the difference between win and loss scores so that late entry players would be disadvantaged. At the moment, there is very little disadvantage to a late entrant.

Edit: changed title, from late entry to last minute entry. This is what i meant. A few hours to go is fine with me. 30 minutes to go is not imho
Post edited by RobGripes on June 2018
0 · Share on Facebook
«12»